– Between Juliana and I, we
have this shared knowledge from our experiences
of the typical timeline for someone who's doing
all of these five things consistently, nearly every day. When they start that process
with bothersome tinnitus, we can look at that and say, okay, that's the beginning
of this timeline. Now consistently doing
that has positive effects in the psychology. It has positive effects
in the auditory pathway, from the non-auditory inputs of the brain and
the neuroscience of this. And also the nervous system
of the physical body, which sends messages to
the body of, am I worried? Am I anxious? Am I stressed? Am I in this fight or
flight reaction to tinnitus? All of these things that we
talked about, these essentials, these are things we would
love for you guys to be doing nearly every day. It's a shift to transition
into that and it is challenging because sometimes these are new. And sometimes it's hard
to have the motivation to try new things and to get
that motivation to put in work when you have tinnitus, potentially anxiety and
stress wrapped around it. But for those who I work with personally, I would love for these five essentials to be practiced consistently.

And then, this timeline
really makes sense of within two to four months, feeling shifts in anxiety,
stress, the reaction to tinnitus, potentially the volume of
the tinnitus shifting more. Julian will talk more about his experience with the tinnitus volume shifting. And if it's possible to hit silence, we're gonna talk about that as well. So, two to four months into practice, starting to feel some shifts,
starting to feel better, and that can increase, that
can get better and better between six and 12 months
from our experience. That's around the time you
might reach your plateau. And by that we mean, okay, the volume or the
intensity of the tinnitus, it may not shift any softer,
it may not shift any quieter than the six or 12 month period after you started to
implement these practices nearly every day.

So again, the results
vary by the individual, we must state that of course. All right, now I'm going to
use a similar timeline approach of tinnitus retraining therapy and the research that's gone into it. Tinnitus retraining therapy
has been in the last 20 years, one of the most common
protocols used to treat tinnitus and to improve the
distress and the anxiety and the reaction to tinnitus. Oftentimes as a result of that, the volume shifts into a more
manageable state as well.

In tinnitus retraining therapy, we're gonna use this timeline
where the therapy begins. And typically that therapy is
a combination of sound therapy and the cognitive aspect
of managing reactions, expectations, worries, fears
in the mind, in the psychology. It's a similar approach to
cognitive behavioral therapy, but typically tinnitus retraining therapy is done with an audiologist, okay? An important point is that although tinnitus retraining therapy commonly uses hearing aids, again, the brain does not
differentiate on the type or well, the source of sound therapy. If you have a hearing aid in
your ear playing white noise, compared to, if you have
a speaker in your room playing white noise, your brain does not
favor the hearing aids.

But again, it might be more sustainable in your everyday life to
use devices on your ear, as opposed to carrying
around a white noise machine. As you probably know, there's many different
types of sound therapy. Overall, the recommendation
is to use sounds that calm you, use sounds you actually
don't mind listening to. If white noise creates a
negative reaction for you, then we don't want that, that's
actually not helping you. For some people, crickets has a positive
effect with their tinnitus because it mixes with
the high-pitch nature. For others, other sound therapy. Okay, so one study for
tinnitus retraining therapy of group of individuals
showed significant improvement in three months. And that means that they're
using sound therapy, they're having some guidance managing the psychology of tinnitus. And within three months, they
have significant improvement with their distress, with their reaction, with how much they're bothered by it.

The research for tinnitus
retraining therapy does not try to track
the volume of tinnitus. It works more on the distress, on the psychological distress of tinnitus. And this is interesting. It's something that I'm
exploring more and more how some of the original research
for tinnitus explains that there's not a direct correlation between the loudness someone
reports their tinnitus and how much they're bothered by it. So that's interesting and that's something I'm
gonna continue to explore.

Another study showed 80%
improvement with tinnitus distress within 12 months. The reason I wanted to bring
these timelines to you guys is to get some realistic expectations based on various approaches, various research studies on
the timeline of getting better. I think it's really important
that you don't lose hope after one month, after two
months of working with yourself on these essentials. Don't lose hope that
you cannot get better. It does take time. And within those first few months, you may notice some
shifts of your tinnitus, where sometimes it might be louder, sometimes it might be softer, it might be fluctuating
pretty significantly even. 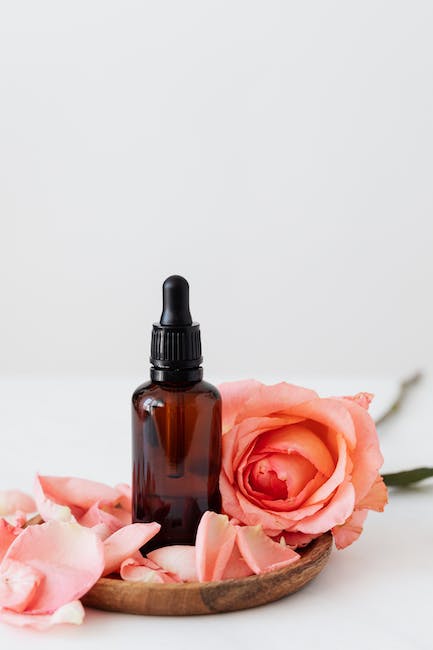 Another study looked at the
long-term treatment effects of tinnitus retraining therapy, which essentially is the sound therapy plus working on the psychological reaction and reframing the tinnitus. The treatment affects lasted as long as the researchers were in contact with the participants, which
was between one and five years after the actual therapy itself. Okay, some different recovery factors. The improvement you
have with your tinnitus, and it is important to
ask what is the cause, or what are the multiple factors
that caused your tinnitus? Was it just hearing loss
that caused tinnitus? Was it stress or taking a
medication or some trauma? A lot of people have
hearing loss and tinnitus, but those who have
tinnitus with hearing loss, not everyone is bothered by it.

So hearing loss is, unlikely, the sole cause of very loud,
very obtrusive tinnitus. Sometimes you can have
tinnitus without hearing loss. So then we would want to understand, okay, what are the main factors at play? Is it stress? Overall persistent stress
in the mind and the body? Is there some anxiety
associated with that? Was there medication dose
that was either too high, or some medication that
triggered the sensitivity in your system to create tinnitus? Was there some trauma around
the original incident? Maybe you were in a car accident, and then it was traumatic and
it caused injury to your ear and then you have had
loud tinnitus from it.

Maybe you got a vaccine or some shot or some other medication,
which triggered your tinnitus. And then it's been loud ever since. These things can be traumatic. Common one in the audiology space is some ear surgery or having an ear infection or some procedure on the eardrum. Or having earwax and having a big emotionally
traumatic experience around it with removing the earwax. And then the tinnitus lingers in the ear. And it doesn't seem to calm down ever, even though the medical condition
that caused it originally is improved. So as we can see here,
there's different factors and they all mix together based
on your individual history. Julian's gonna talk
more about that as well. Sometimes medication. So in terms of recovering from tinnitus, sometimes high doses of anti-anxiety medication
can make it harder to improve with tinnitus.

But overall, low doses or moderate doses of these medications, are typically okay. I won't get into the
details on that right now. It's more of an individual conversation between us and your doctor who's prescribing the medications. Well, that's what I wanted to
bring into this conversation for now. So, what is the end
result for most people? What are we striving for? Are we striving to reduce the
tinnitus to silence to zero? Or are we striving to
reduce the volume, 50%, so it's more manageable? Or are we trying to get your tinnitus back to a place where it
may have been years ago, where it was noticeable, it was mild, but not causing much of a concern? We brought that into the
topic of this webinar. Can you regain silence
once you have had tinnitus? So as we mentioned earlier
about the end result that most patients plateau their progress around six to 18 months. And that's not a bad thing. It means you've got your
tinnitus to as good of a state that your body and mind probably allow. Julian's gonna talk
more about this as well.

Most people do not reach complete silence. And my personal take is that
setting a goal of silence might be shooting a little
too high for everyone. Occasional periods of silence are great, but I personally don't want
your goal in tinnitus management to be silence or nothing because it's quite all or
nothing in my perspective. Occasional silence is definitely welcome. But if you can reduce the
volume or shift the experience, the loudness, the
reaction of tinnitus 50%, I think for most people
that would be a big win.

Now I'm gonna bring in this study. This is a study that now
is, wow, 70 years old. So long before I was born. And this is one of the original
tinnitus research studies by Heller and Bergman in 1953. They had a large group of
individuals with normal hearing go in a very, very silent room,
a very silent audio booth. And that study showed that
97% of normal hearing adults did perceive phantom auditory signals when placed in that silent
room for five minutes. The study suggests that sub-auditory perceptions
are always present, but are masked by ambient sounds averaging around 35 decibels. So essentially, even people with normal
hearing in the quietest place hear tinnitus. So there might not be something that we would call complete silence. There are these sub-auditory perceptions. There is this buzz, this charge of the nervous
system of the brain. And our auditory system picks it up when we're in a quiet enough place. The reason I think this
is beneficial to know is that most people hear
sounds in a very quiet place.

So, when we're managing the expectations of how much we want to get better, I personally believe it
makes sense to aim for reducing the loudness, reducing the intensity of
the reaction to tinnitus by gradual percentages. And keeping up with your practices, those five essentials
that we talked about. And then at that point, we see how well you individually can get. It can depend on those different factors that we talked about. For example, if someone is still having
challenges with anxiety and daily stressors, or having a hard time
letting go of the trauma around the original incident
of the onset of tinnitus, then it can be hard to reach that plateau..

How to Stop Tinnitus (Ringing in the Ears) – Dr.Berg