(upbeat music) – Hi and welcome to Hill and Ponton Veterans Disability blog. I'm Natalia Jofre, the company COO, – And I'm Attorney Melanie Williams. – And today we're gonna be talking about, Adjustment Disorder, and
adjustment disorder with anxiety. So, Melanie, I had never
heard of adjustment disorder, why don't we start with the basics? Can you tell us what
adjustment disorder is? – Yes, so adjustment
disorder is the inability to adjust to a stressful life event, or something traumatic. so you have a hard time, coping with something
that you went through, and you have a stronger
reaction than is expected. So usually, the symptoms, after you go through this stressful or traumatic incident could be, feeling sad or hopeless, feeling stressed.

A lot of times they're
even physical symptoms, like if you have headaches,
or fatigue or indigestion, So basically just some kind of, difficulty coping with
something that happened. It typically last, an acute adjustment disorder
would be something that lasts, no longer than six months. But it can also be chronic, when it continues to bother
you and disrupt your life. – Okay. And so hence begs the question, what about adjustment
disorder with anxiety? – Yeah
– How do those play together? – Yeah, so adjustment
disorder disorder with anxiety is gonna be specifically, having symptoms of anxiety with the adjustment disorder.

So feeling overwhelmed, feeling
anxious, feeling worried. There are actually six different types of adjustment disorders, So
– Wow – Yeah. So not only with anxiety, but there's also with depressed mood, You could have a combination
of anxiety and depressed mood. You can have disturbance of conduct, as well as mixed disturbance
of emotions and conduct, or it could just be unspecified
adjustment disorder. So it's just gonna depend
on the type of symptoms, and behavior that you're exhibiting. – Gotcha. Do you find anxiety to be a common condition amongst veterans? – Yes, absolutely. The statistic
is 10% of veterans report elevated levels of anxiety and 7% of veterans have
been diagnosed with, an adjustment disorder specifically. The reality of it is, it's probably much much higher than that, because a lot of times veterans, don't report these things, or they may not be willing to admit it, but it's especially with among
the clients that we have.

It's it's very, very common. – Okay,I know with PTSD, there's triggers. Right. So how about with adjustment disorder? Are there, have you noticed
any any certain triggers, for adjustment disorder as well? – Yeah, absolutely. So it's, it probably
will look a lot like what a PTSD stressor will look like. So it could be the death
of a family member. It could also be a major
life change or an illness. A lot of times we see veterans diagnosed with adjustment disorder in service, when they are having
difficulty performing, or just showing different disciplinary, they're required different
types of disciplinary action because of how they're
acting and stuff like that.

And so, just being in the military, because it's so different from the life that they're used to It's a whole new environment, that alone sometimes can
trigger adjustment disorder, as well as any stressor or traumatic event that they gone through, being in combat or
whatever the case may be, just like with PTSD. So it can be, a specific one incident, or it could just kind of be
a major life change or event. – Got it. How is adjustment disorder with anxiety, different from just anxiety, when I say just, I know that anxiety is
a significant condition.

But so how do you differentiate the two? – Yeah. So, adjustment disorder, is gonna be experiencing psychological or behavioral symptoms, due to an identifiable stressor. Yeah, and it's usually within three months of that identifiable stressor, that's what the diagnostic
criteria is gonna look for. Anxiety could be general anxiety, there are lots of different ways, that it could look like, while adjustment disorder specifically is gonna to relate to, a specific instance or event that you're going to have
trouble adjusting to. – Can you give me an example. So I guess I wanna understand like if you were a victim
of military sexual trauma, or if you were shot at, or something like that, like, is that what you're talking about in terms of a specific event? – Yes.
– Okay. Okay. Okay. – Yeah. And and it doesn't
have to be something, as traumatic as that. People outside of the military can also experience adjustment disorder. But usually, it's gonna point to, something specific like that, or like the death of a family member, or if you were diagnosed with cancer, or something along those lines.

– Just in a nutshell, can you give us an idea of what some of the more
specific symptoms are? – Yeah. So again, if we're talking about adjustment disorder with anxiety, there's gonna be a feeling, obviously, of anxiety, being worried, just feeling of overwhelmed. Adjustment disorder in general
is gonna have symptoms, kind of like any other mental illness, where you will experience
hopelessness, depression, anything along those lines, but you can also have physical
symptoms because of it. So, when the stress is so severe that it causes headaches, that it causes daily fatigue, and even, indigestion, things like that. – Wow. Okay. So next question
is the usual question, can you actually receive benefits, as a result of adjustment disorder? – Yes, absolutely. So it's going to be the same
as any other mental condition. If you can prove that either
it started in service, and you have that same condition now, or if you have it due to something
that happened in service, and you're able to establish that Nexus or that link between the two, You can get service connected
for adjustment disorder, just like any other mental condition. 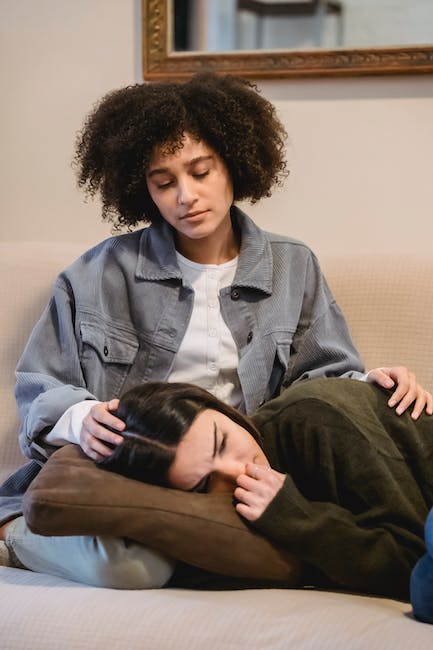 – Okay, great. What sort of evidence is helpful, to prove these claims in
order to get benefits? – Yeah. So it's gonna look like any other mental condition that you're trying to get
service connected for. So you'll want a doctor's opinion, you'll want a clear
diagnosis from a doctor, as well as treatment records. So, continuity of symptoms, showing that you have been
getting treatment for this, being able to point to, what incident it is that caused this having a doctor provide that nexus, between service and the condition.

And even buddy statements. we've talked about that a lot before – The sacred buddy statement.Yeah. – Yes, exactly, having
other people in your life, talk about the symptoms, before this incident happened, you were fine, and then afterwards,
you started exhibiting all of these symptoms, whether it's, service itself or something that happened in service. – I was talking to Rachel about, all of these things that
are now affected with COVID, and we talked about CMP exams and how they're being
handled differently now, in our new normal, as are we as we're currently working from home CMP exams here, how would they be handled? Or do they? (clears throat) Pardon me? Do they issue a CMP exams
for adjustment disorder? And are they any
different from any others? – They're gonna look the same as other CMP exams for mental conditions. So, for PTSD, there's a specific list of
questions that they go through, but for other conditions, it's basically a general
kind of questionnaire a general questions that they ask about your symptoms, they will
diagnose you with a condition, so they will try to find out
what the proper diagnosis is, they'll find out your symptoms, the frequency, the severity, and then make an opinion from there.

So it'll,
– Okay – They'll ask you about the same questions all the time.
– Okay So once they do all of that, how do they rate it? How do they rate adjustment disorder? And are there any caps? because I think with tinnitus,
there's a 10%. Right. – Okay,
Exactly. – So anything like that
with adjustment disorder? – Yeah. So mental disorders in general, are rated at either 0%, 10%, 30%, 50%, 70%, or 100%. So you can get a 100% rating, for adjustment disorder or any other mental condition. They will be the same thing
they'll be looking at, the symptoms and how those symptoms affect your everyday life, affect your ability to function
occupationally and socially. So they will look at things like, are you able to establish
and maintain relationships? Are your symptoms
controlled with medication? Do you have a hard time adjusting to stressful circumstances, or are you able to take care
of your daily activities, like your personal hygiene
and things like that.

So depending on the severity, they'll assign a rating of any of those that I mentioned. – Okay, great. Any common issues with these types of claims that you can maybe for warn people about, or any other recommendations you can make? – Yeah, I think the biggest thing is, establishing the diagnosis, because mental health conditions, the symptoms look so similar, and whether you have a stressor, whether it started in service, you'll just wanna make sure that the doctor has a clear idea of, what you're going through, what you're experiencing to be able to properly diagnose you.

But remember that, you can only get service connected for, or you'll only get a rating, for one service connected
mental condition. So oftentimes, it doesn't
necessarily matter, what the diagnosis is, or what the condition is, as long as you're able
to connect it to service, you'll still only get that one rating for one mental condition. – Okay. All right. Great. All right, Melanie, thank you so much. We hope you'll enjoy, enjoy us again, we hope you'll join us again. We do hope you're enjoying yourself, by the way when we do these as well. But we do hope you'll join us again, if you have any questions
or concerns in the meantime, please feel free to visit our website, or call our office. Thank you. (upbeat music).