11 Symptoms Of Iron Deficiency You Must Not
Ignore. Iron is a crucial mineral that plays an active
role in many body functions. And while your body just can’t do without
this nutrient, its deficiency is also one of the most common nutritional problems in
the world. Women especially need to be wary. Low levels of iron can throw your body out
of whack and hamper its proper functioning. What starts as iron depletion could progress
to latent iron deficiency (also called iron-deficient erythropoiesis or iron deficiency without
anemia) and then to iron deficiency anemia where your hemoglobin levels are affected.

If you have iron deficiency anemia, your body
makes fewer red blood cells and the red blood cells that are made contain less hemoglobin. This has a cascade effect on many vital functions
in your body. Iron deficiency can occur without anemia,
too. Low levels of iron may not cause any symptoms
initially. However, as the deficiency worsens, you may
notice many of the following signs. 1. Fatigue. It’s normal to feel tired if you’ve been
exerting yourself physically, or are experiencing sleep deprivation, or prolonged stress. But what if fatigue and tiredness are a constant
reality? When your iron levels drop, you’ll find
that you’re really low on energy and that activities that did not cause you to feel
tired earlier – be it climbing stairs or light housework – do so now. Constant fatigue is the most common sign that
you’re low in iron or suffering from iron deficiency anemia.

This happens because you don’t have enough
healthy hemoglobin to carry sufficient oxygen throughout your body – what’s often called
“tired blood.” 2. Shortness Of Breath. An iron deficiency can also cause you to feel
that you are constantly short of breath – like you are running out of air and cannot breathe
deeply or fast enough. You may also feel that you urgently need to
inhale before you finish exhaling. Most people with this condition may not feel
breathless while in a relaxed state or while sitting down. When you engage in physical activity or exert
yourself, however, the increased amount of oxygen required by the body cannot be delivered
by the blood. As a result, you may start to breathe deeply
and rapidly in the attempt to increase oxygen supply.In severe cases, you may even feel
short of breath while sitting down.

3. Heart Palpitations. People with iron deficiency anemia may also
experience heart palpitations. In people with iron deficiency anemia, the
heart is forced to work harder to supply oxygen to the body. This leads to it beating more rapidly or forcefully
than is normal, causing you to actually sense heartbeats. Severe cases of iron deficiency anemia may
also lead to an enlarged heart, a heart murmur, and even heart failure. 4. Pale Skin. Being pale or having a sallow or yellowish
pallor is another sign of iron deficiency. This is not caused by a change in skin tone
or pigmentation but rather due to a reduction in the number of red blood cells. If you have a dark complexion, the paleness
may be more easily detectable in the inner mouth, nails, and lining of the eye.

5. Headaches And Dizziness. Though not very common, headaches and dizziness
can also point to an iron deficiency. The headaches can be mild, moderate, or severe
and may be a result of compromised oxygen delivery to your organs, including the brain. 6. Auditory Problems. Some people with iron deficiency anemia hear
a buzzing, ringing, or hissing sound inside their head. This is a condition known as tinnitus. Experts suggest that a decrease in the number
of red blood cells can, in some cases, lead to a thinning of blood and cause it to circulate
so quickly that it makes a sound. 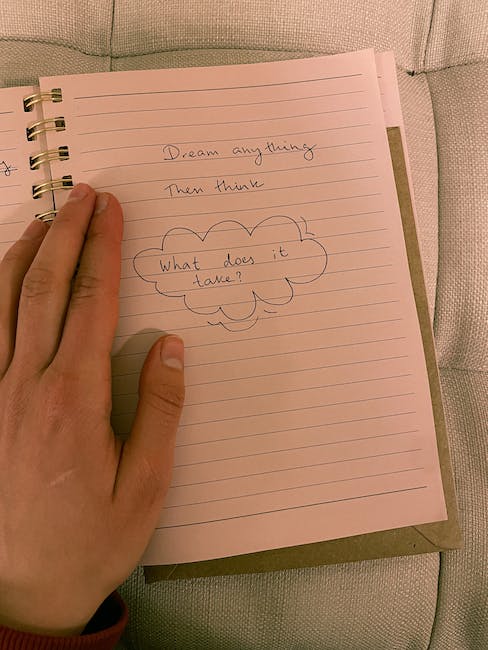 7. Strange Non-Food Cravings. While the connection is not exactly clear,
people with iron deficiency anemia may experience a craving for non-food substances such as
dirt, ice, paint, or paper, a condition that’s known as pica.You may also feel that your
food tastes strange. 8. Skin Problems, Hair Loss, And Nail Abnormalities. Your skin, hair, and nails also take a beating
when you have iron deficiency anemia. You may feel itchy and have brittle nails.

Some people find that their nails curve inward
like a spoon. You could also experience hair loss. So if you find more strands of hair falling
than is than usual when you wash or brush your hair, you might be low on iron. 9. Sore Tongue And Cracks In The Corners Of The
Mouth. Is your tongue swollen or sore for no obvious
reasons? It could point to an iron deficiency. Open sores or cracks in the corners of your
mouth could also mean that you’re low on iron. 10. Restless Legs Syndrome. Iron deficiency anemia may also be linked
to an irresistible or overwhelming urge to move your legs, which is known as restless
legs syndrome. You may also experience a creeping or crawling
sensation in your thighs, calves, and feet. Experts suggest that this is caused by a problem
in the nervous system. In fact, 15% of people with restless legs
syndrome were found to have an iron deficiency in one clinical survey.

11. Frequent Infections. Your immune system needs iron to function
properly. So if you’re falling ill quite frequently,
it might be time to check up on your iron levels. 12. Cold Hands And Feet. Iron deficiency anemia can also cause you
to be more sensitive to cold. Your extremities (hands and feet) especially
bear the brunt. When your body is anemic, it won’t have
sufficient healthy red blood cells needed to supply oxygen to your body tissues. Your body uses the existing red blood cells
to supply oxygen to vital organs and, consequently, circulation to your extremities takes a hit.

Some People Are At A Higher Risk Of Iron Deficiency. -Women of childbearing age are more susceptible
to iron deficiency since they experience blood loss during their monthly periods. 1 out of 5 women in this age group suffers
from iron deficiency anemia. -Pregnant women can become deficient in iron
since they need much more iron than usual to meet the baby’s needs. Around 50% of women who are pregnant develop
iron deficiency anemia. -People who suffer from a medical condition
that causes blood loss or interferes with iron absorption may not have enough iron despite
a good diet. Infants or small children are also prone to
iron deficiency. This is because milk, their main food, is
low in iron and too much milk can even block the absorption of iron from other foods.

You Need 8–18 mg Of Iron Per Day Depending
On Age And Gender. The Recommended Dietary Allowance (RDA) for
iron is: -8 mg for men between 19 and 50 years of age
and 18 mg for women the same age group -8 mg for both men and women from the age
of 51 -27 mg during pregnancy
-7 to 15 mg for children between the ages of 6 months and 18 years, depending on age
and gender However, if you are a vegetarian, you need
1.8 times the amounts given above because plant foods contain a form of iron called
nonheme iron which is less easily used by your body than heme iron present in non-vegetarian
foods.